Dick Smith is a pioneer in vertical aviation and has broken many helicopter records. His most notable record was the first solo circumnavigation of the world in a helicopter. He accomplished this feat on a trip he took to promote his electronics company in Australia. He later was the first to fly a helicopter to the North Pole. He  went on to run his electronics company, Dick Smith Electronics, with his wife Pip in Australia.

July 22, 1983: Completion of the first solo helicopter circumnavigation around the world 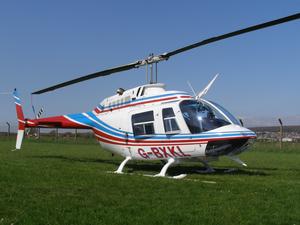