Amelia M. Earhart was the first woman to successfully fly across the Atlantic Ocean.

Earhart was born in Atchison, Kansas on July 24, 1897. Throughout her childhood, she lived with her wealthy grandparents, due to her father’s alcoholic addiction. She later moved back to live with her mother in Des Moines, Iowa when she was 12. It was at a state fair where she saw her first airplane, but she received a bad impression and decided that she hated aviation. But only a decade later she would realize how much she loved airplanes.

In 1931, Amelia married George Puttman, whom she got to know well in the preparation for her transatlantic flight. Amelia’s plane was a Fokker tri-motor nicknamed “The Canary”. Toward the end of her flight she had mechanical and wind problems but was able to make it to an Irish pasture where she made an emergency landing. ”After scaring most of the cows in the neighborhood,” she said, “I pulled up in a farmer’s back yard.” In the 1930s, Amelia flew a gyrocopter as a promotion to the Pitcairn gyroplane program.

An aviation enthusiast, Amelia wanted to be the first woman to fly around the world. She set off with her navigator Fred Noonan on July 2, 1937, from Howland Island, never to be seen again. Today, Amelia is seen as an inspiration in all fields of aviation. 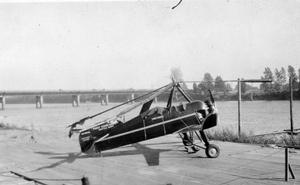