Peter J. Papadakos was a member of AHS since 1961 as well as the founder and president of Gyrodyne Co. of America. The company, which incorporated in 1946, was primarily engaged in the design, testing, development and production of coaxial helicopters.  Most of the company's work was conducted under contracts with the US Navy with a small procurement by the Japanese Maritime Service.  As recently as August 1991 the company was awarded a US Navy contract for $1,284,000 for the manufacture of composite rotor blades used on Gyrodyne QH-50 aircraft still in government inventory. 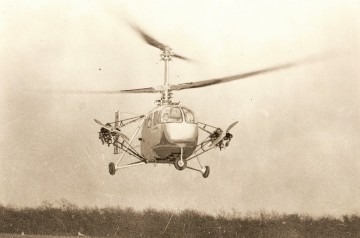